This article first appeared in Northen Woodlands on  June 1st 2006 by Patrick Bartlett. 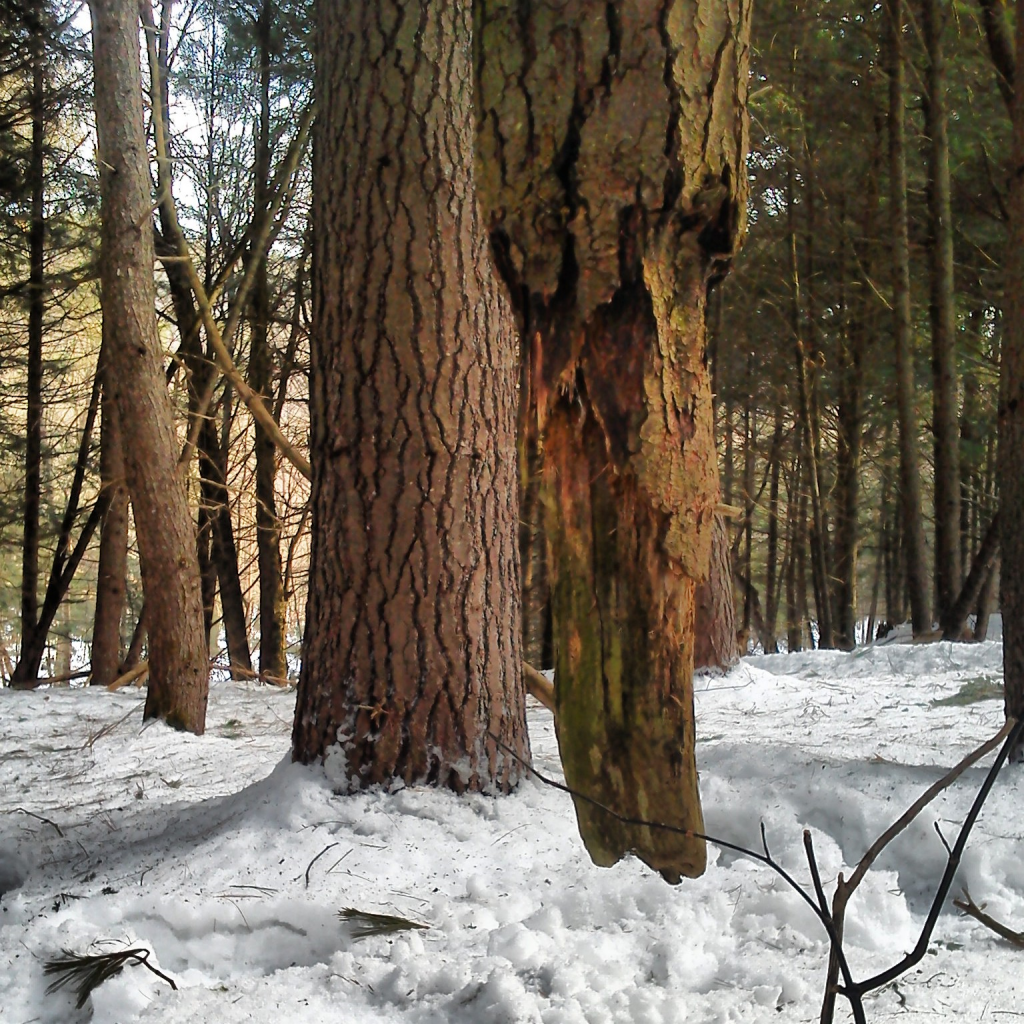 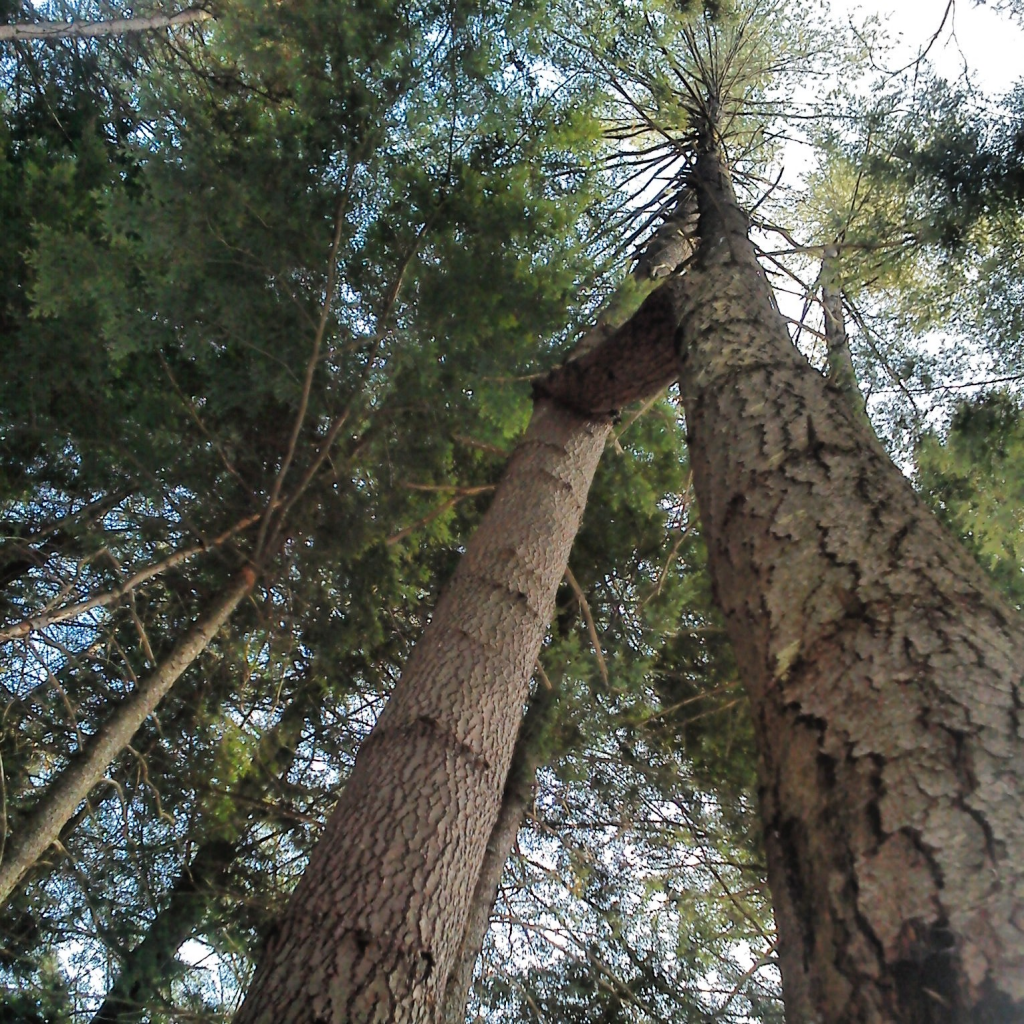 Working as a consultant forester, I get to see some unusual things in the forest, but what I found last winter on a woodlot in Ludlow, Vermont, truly amazed me.

This woodlot is owned by Charles Miller and was formerly managed by the late Myron Smith, my mentor and good friend. Myron often carried an axe with him and girdled low-quality trees as he saw fit, to allow better trees to grow. The two white pines in the photo were joined by a limb from the smaller tree at a young age.

I assume that when Myron found these trees 15 years ago, the smaller tree had a severe blister rust canker by the ground. He then chose to cut the tree with his axe, hoping that the bigger and better tree would have less competition from the diseased tree. I’m sure he assumed it would break away from the crop tree that was holding it up that day and never dreamed that the limb connecting the two trees 24 feet off the ground would support and keep the entire cut-off tree alive.

The smaller white pine that was cut off now is 75 feet tall and has a 10-inch diameter at breast height (DBH). The bark is still alive from the base to the top of the tree, and its entire crown still alive. The white pine that supports this tree is 14 inches in diameter and is the same height. This is truly a miracle of nature, for a white pine to survive not only the blister rust disease but also being cut off from its root system.